The Best Framework for Mobile App Development in 2023 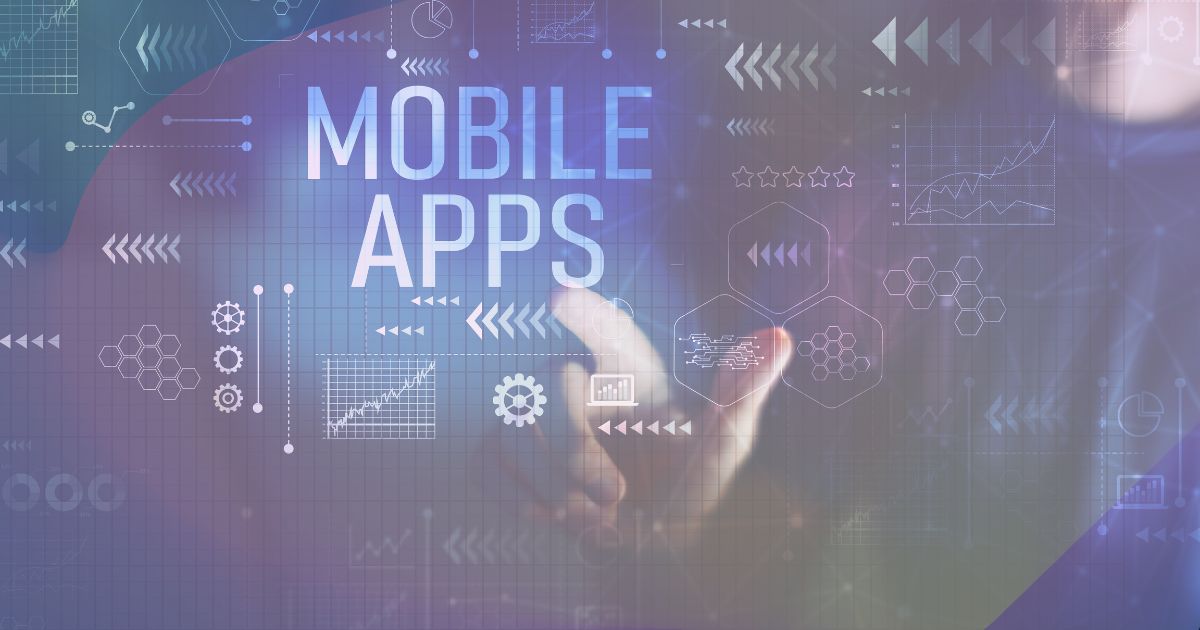 A lot of the stuff you do daily is now done on smartphones. Waking up, exercising routine, listening to music, buying morning coffee, commuting tickets, ordering lunch, contacting friends and family, and watching shows. What keeps them running smoothly are different frameworks. These frameworks are what provide you with an experience like none other.

When making your first app, deciding which mobile app framework to use could be overwhelming; choosing a mobile development framework is challenging. A lot of information can lead you down a rabbit hole. You might ponder: what is the best framework for mobile apps? That’s not all. Considering the developmental costs, maintenance costs, and features helps finalize the proper framework.

We hope to make this process easy for you. By the end, you will have greater clarity on which framework to use.

What Is a Mobile App Framework?

It is a platform containing debuggers, toolsets, coding interfaces, and compilers to develop apps. Think of them as factories where you can design, develop, test, and produce a product all under a single roof. The developer writes the code for the application, and then the framework renders the app for different mobile devices. They simplify and ease the whole software development process.

According to Statista, there are more than 6 billion smartphones worldwide. Whether it be entertainment, reading a book, communicating with friends and family, or ordering a thin-crust pizza, all these activities are performed through an app. They have become the front-end for sharing with customers and the world. Websites, social media, and apps are at the heart of managing customer experience.

Innovative and creative businesses never miss out on the opportunity to utilize the app space to engage their customers and strengthen their relationships; this is where the right choice of an app development framework needs to be made.

Read More About: A Detailed Guide to the Types of Software

The right choice of which framework to use greatly depends on the type of app you intend to develop. The three types of mobile apps are as follows:

Native apps are built specifically for a single operating system and are fully compatible with it. Think of them as single-purpose apps. If you were to run them on a different platform, say an iOS app on an Android, they would not work.

The benefits of such apps include the following:

And they have complete access to all the features that a device offers, i.e. NFC, Bluetooth, etc.

The problem with native apps is that they drive up development and maintenance costs. Their biggest disadvantage is their most significant advantage, being able to run on a specific operating system. The app code needs to be developed from the ground up when adding a new operating system, as the developer cannot reuse it.

Web apps are responsive websites accessed using your device’s default browser. When installing a web app, your device bookmarks the website URL. Spotting web apps is easy. If you get the same UI in an app using different devices, there is a high chance of it being a web app.

Reduced developmental costs and no memory usage are the most significant benefits of web apps. No code needs to be installed on the device. Think of them as the streaming equivalent of apps.

As they are accessed through the default browser of our device, the user experience can vary owing to the difference in functionalities provided by each browser. And as they are websites, most web apps cannot function offline.

Hybrid apps are a mixture, as evident from the name, of both native and web apps. The best of both worlds. They are web apps looking and feel more like native apps. Once installed, they utilize the native webview in the backend to function invisibly to the user.

Like their cousins, i.e., web apps, hybrid apps are easier to develop, incredibly responsive, low on memory, and have the added functionality to run offline.

They do not fully access the device resources as they are repackaged web apps not directly connected to the host platform. They are limited in providing features as compared to a native app. Moreover, they are faster than web apps but slower than native apps, as most elements need to be downloaded on the go.

Read More About: How to Build a Customised Software for Your Business?

Read More About: A Complete Guide on How to Build an MVP

Which Is the Best Framework?

Flutter is an open-source framework by Google released in 2017 for building native mobile, web, and desktop applications. The UI toolkit is loaded with fully customizable widgets, a rendering engine, testing and integrating APIs, and the tools necessary to ease developers in making a pleasing app. It has a built-in real-time engine.

Flutter is used to develop apps for both laptop and mobile devices. It is superior in developing layouts that are fully customizable and responsive. The cherry on top is its ability to provide developers with real-time app performance. It has garnered much praise from the developer community around the world. The 42% market share is proof of its acceptance and popularity.

NativeScript is an open-source framework released in 2014 employing Typescript, Angular, JavaScript, CSS, and Vue.js to develop mobile applications. It is preferred for reducing code and app loading times. Leading companies utilize NativeScript due to its vital web empowerment. A significant benefit of NativeScript is that it allows app development for both Android and iOS from a single source code.

Its framework APIs are pretty similar to those utilized in Android Studio. The most significant selling point of NativeScript is the reusability of its code across different platforms, considerably cutting down development time. When designing prototypes for your apps, this is the way to go.

Read More: What Does “No Code Movement” Mean For A Software Developer?

React Native is another open-source cross-development framework released in 2015 and is considered one of the best JavaScript libraries for building mobile applications. Oculus has also been using it for developing virtual reality applications. After Flutter, it has the most significant market share of 38%.

React Native has a design similar to CSS and uses a single codebase across multiple platforms. It was built and supported by Facebook. Moreover, the JavaScript it uses assists in making visually appealing apps. It provides components like Text, Views, and Images, all fitting in with the platform’s native UI building block.

Xamarin is an open-source framework by Microsoft released in 2011 for developing apps using the C# programming language and .Net framework. Using C# results in faster coding due to more minor codes. Moreover, the codes can be easily and quickly transferred between macOS and Windows. Both mobiles is desktop apps are supported by it.

Faster developing time might suggest that quality and app structure is compromised somewhat, but apps made with Xamarin have all the native capabilities of efficiency and quality. Plus, its ability to work well with Visual Studio Code is a big win for developers.

Ionic is another open-source framework released in 2013 utilizing Angular and Apache Cordova, allowing developers to develop apps for Windows, Android, and iOS. This framework supports the development of interactive and high-performance hybrid and Progressive Web Apps (PWA). It is an excellent choice for developers with expertise in Angular, Html, CSS, and JavaScript libraries.

The hybrid app developed using Ionic has native functionality improving user experience. However, they must be wrapped in Apache Cordova (formerly PhoneGap) to run as a native app. Ionic Studio is powerful and allows developers to have a local visual development environment.

How to Choose the Best Framework?

While finalizing which framework best suits your needs, you would need to consider the following factors:

If these factors are well understood, choosing the best framework becomes a walk in the park. If you are limited on resources, the best choice is to go with web apps as they are faster to develop at a minimal cost. A bigger budget allows you to go with native apps but keep in mind the type of solution required. Please don’t overdo it. Just because you can doesn’t mean you have to develop a comprehensive solution.

Choosing the appropriate mobile app development framework from among all the available options is a critical step in achieving a successful mobile app development process. Understanding your ultimate goals and what you want to accomplish with your choice can assist you in generating positive results. Don’t traverse the path of creating the best app all in one go; this takes time and is a stepwise process. Focus on the problem, devise a solution, and receive feedback.

Mobile apps have taken an enormous shift from only native apps to both hybrid and web apps. Whenever an opportunity is available to use them, go with it. Better frameworks are being developed and supported by tech platforms as it solves their problem and provides areas for improvement and innovation. The current market leaders in developer satisfaction, ease of use, and widespread support are Flutter and React Native.

By reading this article, we hope you’ll better understand which mobile app development framework is best for your project. If you seek guidance on how to go with the development of your app, you can consult with us:

What Framework Is Used for Android Apps?

What Is the Best Framework for Mobile App Development in Python?

Kivy and BeeWare are two good frameworks for developing apps in python. They are cross-platform and allow apps to be created for macOS, Windows, and Linux.

What Is the Best JS Framework for Mobile Apps?

Which Backend Is Best for Mobile Apps?

Amazon Web Services (AWS) is the choice for managing your mobile apps’ backend. It is not only cost-effective but also scalable. The renowned privacy-friendly messaging app, Signal Messenger, uses AWS for backend support.

The newsletter has everything: words, pictures, music, everything. We send it every two weeks usually. You will like it. Really.

Want to Hire a Mobile App Developer for Your Business?

How to Make Merch for TikTok? | An Excellent Guide 2023

TikTok marketing is appealing since you never know what will go viral. Learn how to make merch for TikTok to capitalize on its popularity.

How to Create Your Own Merchandise? Design and Sell in 2023

Are you an influencer looking to grow your presence? Learn how to create your own merchandise to grow your media presence and make more money.

The Chrome Extension is a tool you can add or remove from the Chrome browser. Read this article to learn more about chrome extension development.